Yuletide Timings: Meet Me at the Met


It seems fitting as the holiday season engulfs us that we mark our meetings with friends by wearing some museum-memorable watches that the venerable Metropolitan Museum of Art in New York City is offering.  I’ve always found the Met as place and space amazing — it's collection expansive yet object-intimate.

However, if you are like me and live way outside of NYC you might want to bring the Met vicariously to your social gatherings.  So consider making an online selection of one of the Met's time pieces to mark your yule’s special moments.

Here are some of my favorite “love at hand” Met selections that not surprisingly reflect my own Coco Chanel-based proclivity for accessorizing her timeless little black dress with a watch to remember.


For dressing up for an after-hours holiday toast consider the Met’s  curvaceous French Deco Harlequin Watch. It playfully captures the repeating pattern of black diamonds standing on end against a white enameled background. The coin bracelet allows for an adjustable fit. 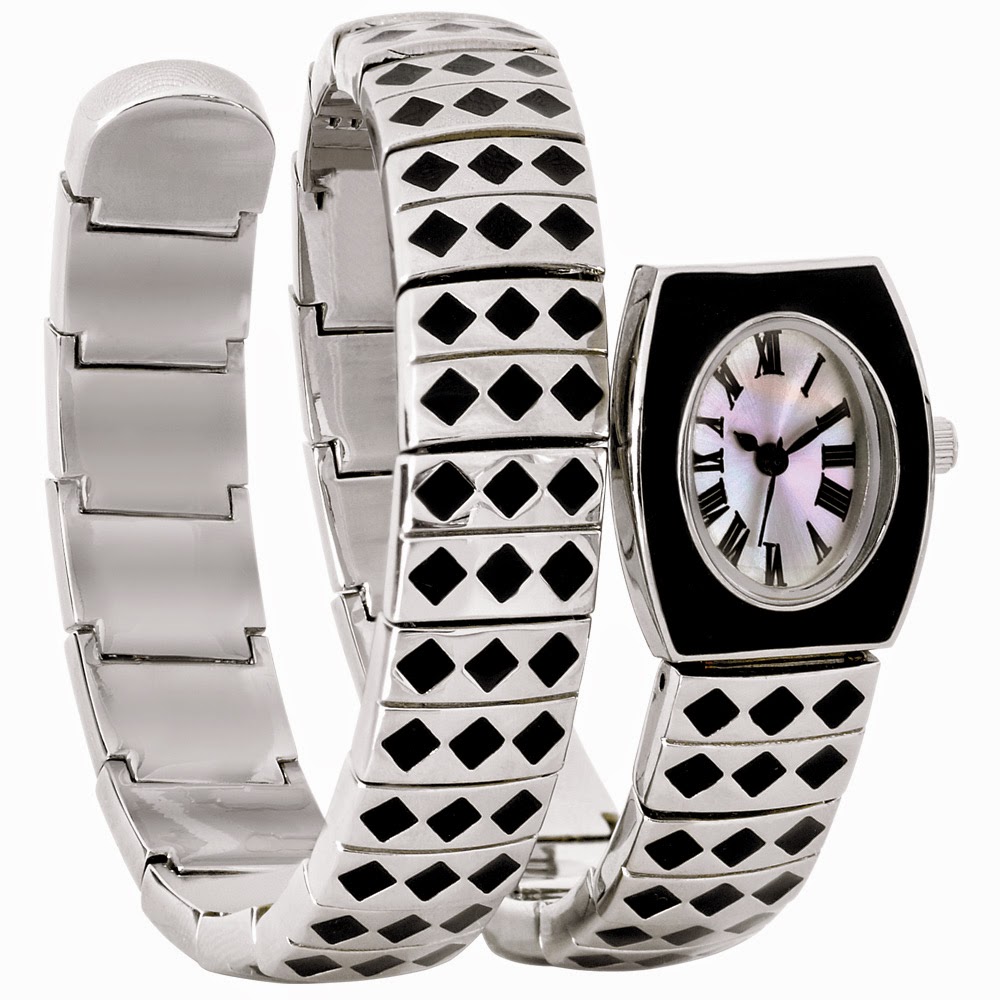 As the Met explains, its design derives from “an issue of the Gazette du bon ton: art, modes & frivolités within the Museum's collection, published in 1922. This issue features a page of whimsical Art Deco timepieces in graphic black and white. Our [the Met’s] coiled watch showcases the fashionable harlequin pattern from this original illustration.”  Although the Met doesn’t provide us with a direct reference to its Gazette du Bon Ton 1922 inspiration, it may have come this illustration.
If you like an exotic floral motif done predominantly in black to offset your petite robe noire,  consider the Met’s Japanese Peony Scrolls Watch.  The design derives from “an elaborately decorated maki-e lacquer box lid from the Japanese Edo period (1615–1868), with peony scrolls surrounding a design of hawk feathers." It has an 18K gold overlay case attached to a printed plastic band that adjusts from 5 7/8" to 7 7/8" in length. 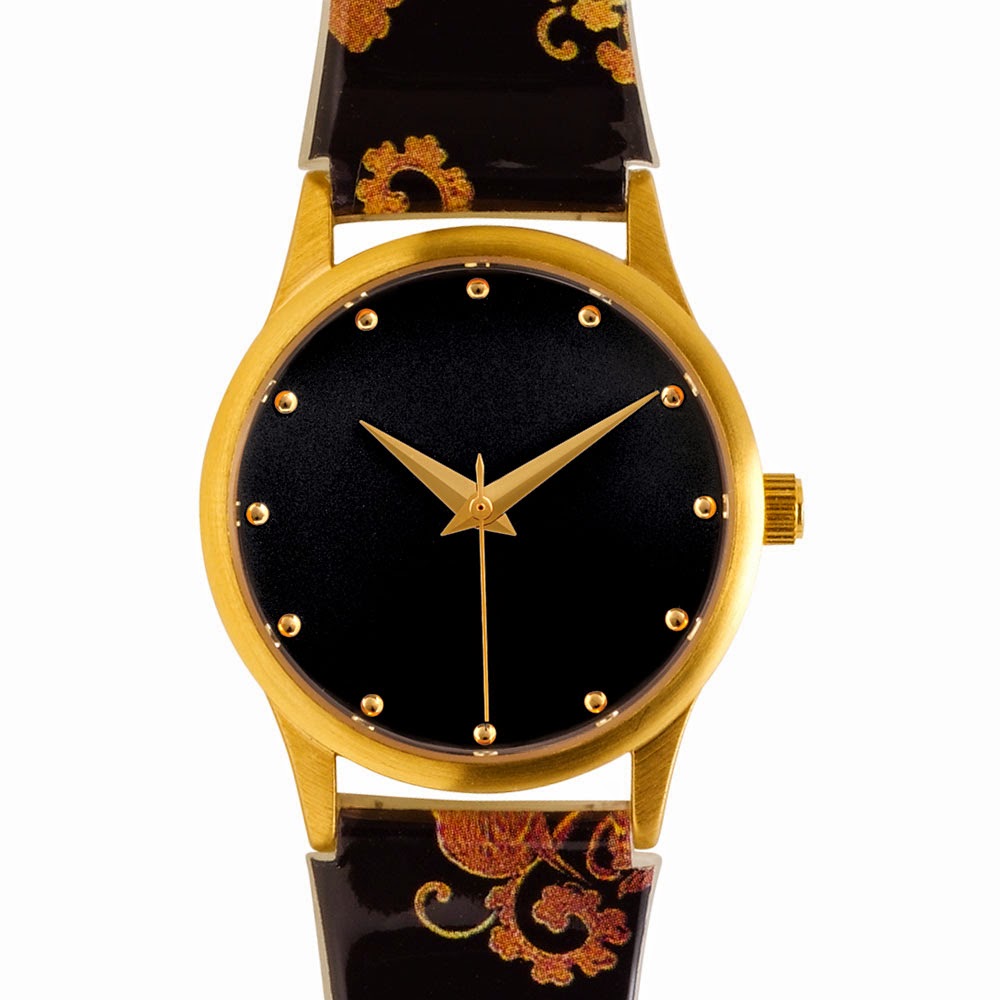 Have a penchant for the black cord as a chic link to a bygone era? Prefer a delicate expression of your Parisian sensibility?  Take a look at the Met’s French Evening Watch.  It’s based on a “nineteenth-century French timepiece delicately inset with a diamond border, crown, and a decorative loop . Roman numerals are used to designate the hours.” The Met's watch is produced in cooperation with the Musée des Arts décoratifs, Paris. 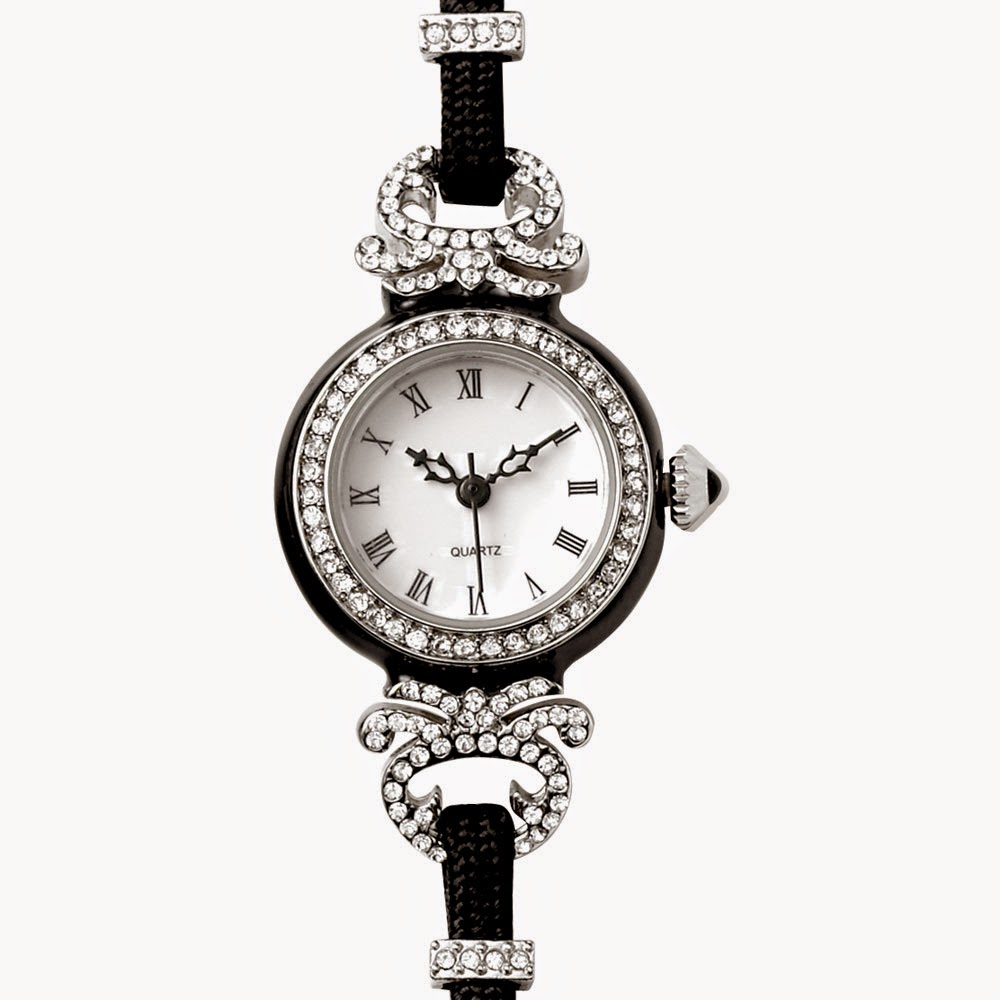 Feel like you’d rather be part of a twentieth century Viennese sensibility? Then go bold and wear the Klimt Black Watch to the season's festivities. Its pattern comes from one of the Met’s printed textiles based on a pattern by Gustav Klimt from his Wiener Werkstätte output. As the Met reminds us, "For nearly thirty years, the workshops produced refined and graphically striking designs, distinctive in their use of flat shapes and bold colors and often incorporating folk art, geometric and architectural motifs, and floral patterns. This watch reflect that design history with its prima facie freshness and vitality that easily says time past can be simultaneously time present and future. 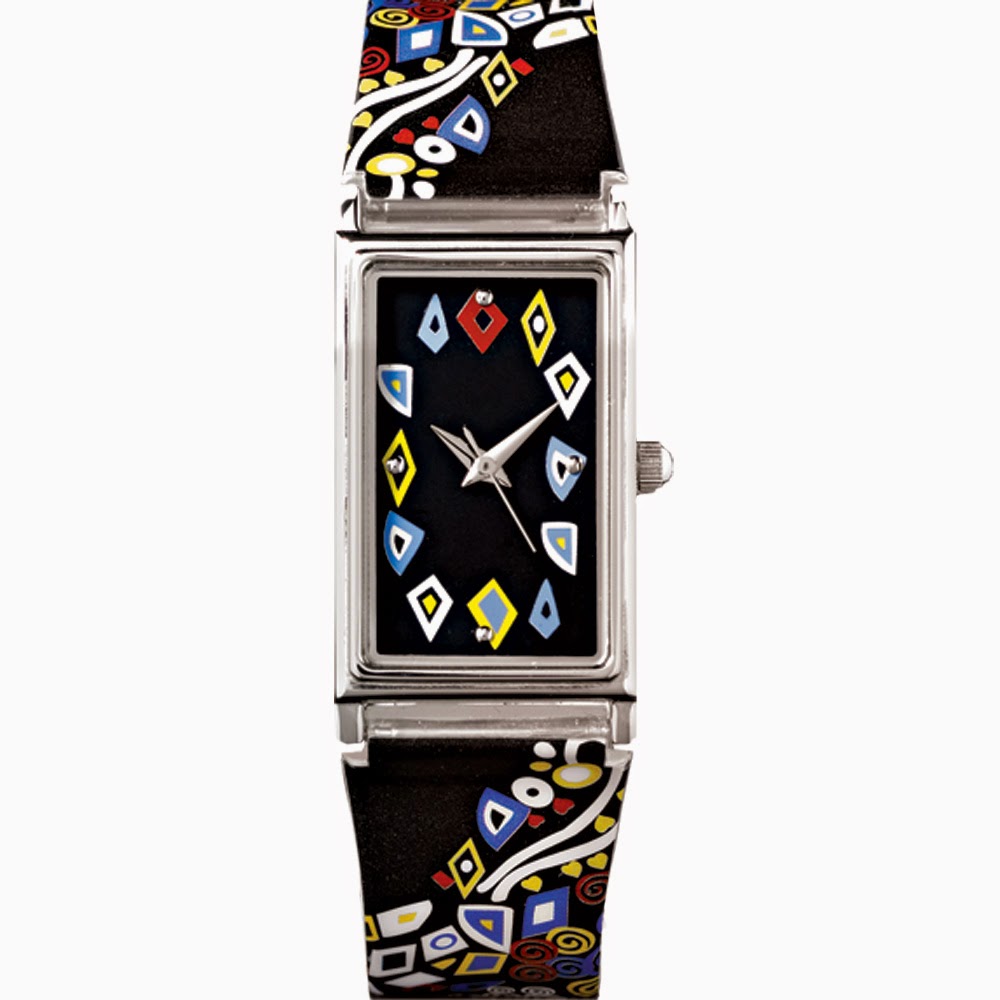 Let me know what your favorite yuletide timing is, be it from the Met or elsewhere.

Posted by www.wristwatchredux.net at 4:37 PM