Growing up in Michigan in the 1960s, I was by choice an All-American car culture girl.  I knew American automobile makes and models by their grills, tail fins, tail lights, engine power and overall silhouettes. I could tell a same-year Pontiac Firebird 350 from a Chevy Camero SS 350 with no effort.


But now we’re in the next century. I’ve transitioned from muscle cars to watch blogging. But Detroit is still on my GPS or should I say, G/GBS (Global/Google Blogging System)?  Detroit’s is important to me  not just for its auto industry renaissance but for the role Shinola, specifically its watch brands is playing in the city’s recovering economy and visibility.

I think that Shinola's basic appeal is its ingenious marketing to consumers. Specifically its trend debunking of the need for watch time to embrace all manner of smart technology.


Take this month’s  Shinola advertisement in the The New Yorker for the Runwell Argonite-1069. Its headline asks: “ARE YOU FRIGHTENED BY TECHNOLOGY, BUT TIRED OF THE INCONVENIENCE OF CLOCK TOWERS AND SUNDIALS?”

Its tag line answers below an image of the Runwell Argonite-1069, “THE RUNWELL. IT’S JUST SMART ENOUGH.™”

Indeed, this is Smart Shinola ad placement in the April 20, 2015 issue. It's the same week that Apple is debuting its Apple Watch on the 24th.

So what’s the Shinola backstory? Why is the Runwell “Just Smart Enough”?


First the company history. It begins with the name, Shinola which originally was a brand of wax shoe polish founded in 1907 by the Shinola-Bixby Corporation in New Jersey. It was popular in World War I and World War II for its polish shine.

In 2001, the legal rights to the name Shinola were acquired by Tom Kartsotis who owns Bedrock Manufacturing Company, LLC, a Dallas, TX-based venture capital firm. Mr. Kartsotis also is the founder of Fossil Watches.

As reported by Joann Muller in a Forbes.com piece on Detroit’s bankruptcy and Shinola, the then Bedrock Manufacturing management  selected the name Shinola when the World War II era colloquial insult, "You don't know shit from Shinola," came up in conversation.  This jocularity led to name consideration and then business action   It triggered serious review about restoring the Shinola brand for labeling a variety of products including watches.


Then why Detroit for Shinola’s manufacturing beach head?


After conducting customer market surveys and focus groups, Bedrock determined that given the choice, consumers would pay a higher premium ($15) for a pen designated as originating in Detroit over ones from China ($5) or even just Made in the USA ($10). All of the press coverage about Detroit's dire economic straits, unemployment crisis and once iconic manufacturing status probably contributed to Shinola's corporate headquarters choice.

Today, Shinola is owned by Bedrock Manufacturing Brands and Swiss Ronda AG, a Swiss company specializing in quartz watches that also provides parts for Shinola’s watch movements.  Last year, Shinola had 80+ employees out of a total workforce of 304 who assembled 150,000-170,000 watches from Swiss Rhonda movements and Chinese supplied casings and glass.


Detroit’s historic Henry Ford assembly line has indeed gone smartly global by making supply and assembly its manufacturing focus. Assembled in Detroit is the new Made in Detroit.

So now to the Runwell —Just Smart Enough™?  Are we talking Ford Model T, Ford Model A, or a new wristwatch drive-by altogether? I think it's a trifecta of all of these.  The  Runwell Argonite-1069 is akin to the smart, but not too smart, Ford horseless carriages.

It’s refreshing to see Shinola  not subscribe to planned obsolescence like other smart watch purveyors that are sure to issue a next V(ersion).X software upgrade or app for the next holiday season or trade show. The Motor City still has time on its side with the likes of Shinola.
Posted by www.wristwatchredux.net at 7:44 PM No comments: Links to this post

The Sons of August: Nine Months On

In August 2014, I posted “The Sons of August:  World War I Trench Watches and a Modern Day Tribute to the Fallen.”  In it, I highlighted a collaborative tribute orchestrated by ceramic artist Paul Cummins and stage designer Tom Piper  consisting of 888,246 ceramic poppies, each one assembled by hand and then planted in the Tower of London’s moat.

The last one was planted on November 11, 2014, Armistace Day.  Then, the poppies were sold to the public and the proceeds in part distributed to six charities.  The project was called “Blood Swept Lands and Seas of Red.”

Now in April 2015, nine months on, I’ve received my commemorative red poppy from the installation.  Rather than plant it in a time garden as J. G. Ballard’s Count Axel might have done, I planted it firmly in the center of a floral arrangement on our home’s front door. 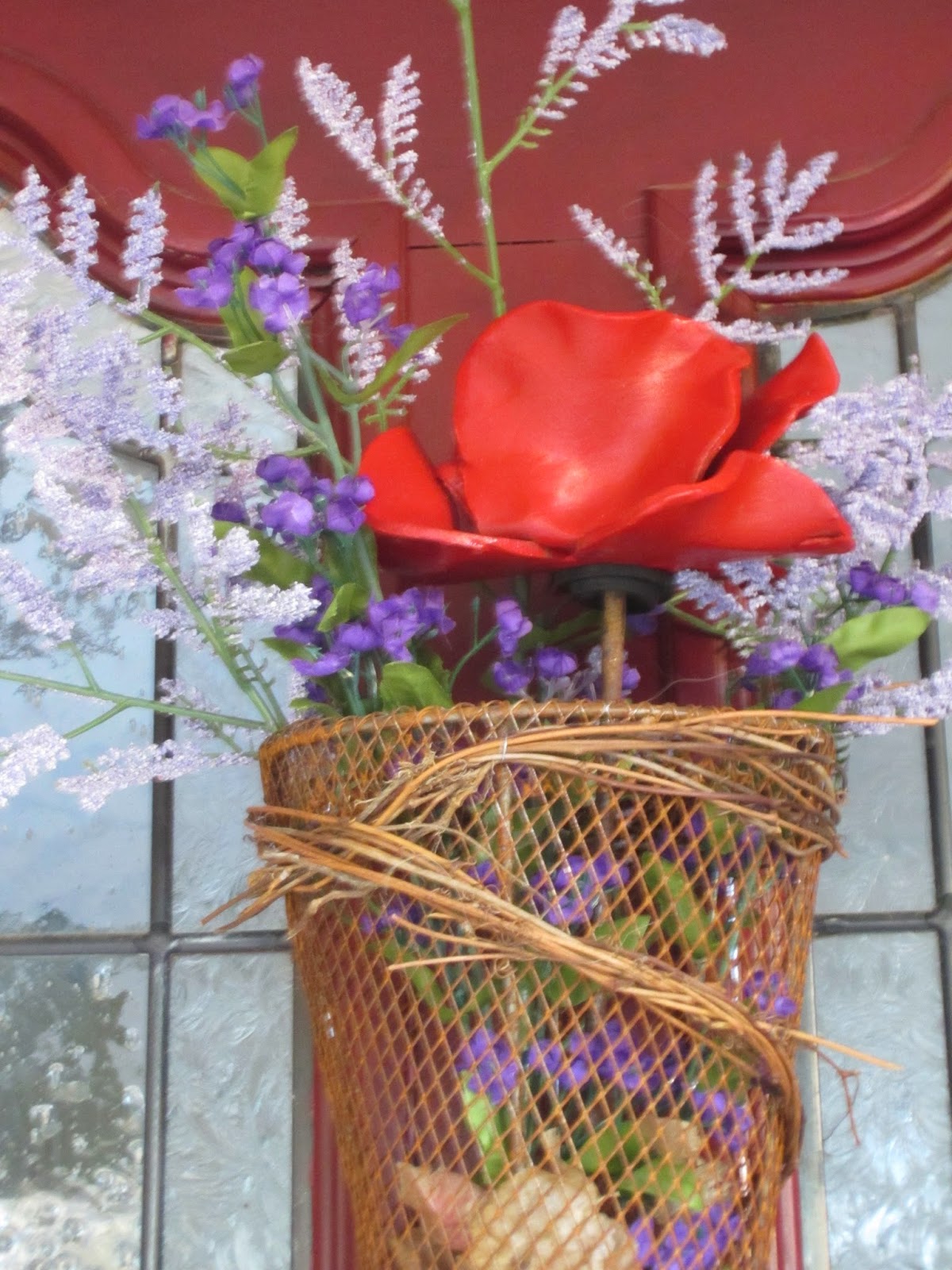 Metaphorically it serves as an historical portal reminding me of all of the nonredeemable lives given by World War I British and Colonial men and women who died in the conflict. Had they had more time. what could they have done?

For more information on the entire installation project, see  Tower of London Remembers.  It's an excellent summary of the event.


If any of you who read my blog, also took part in the installation and/or received a poppy from it, let me know and I’ll add any photos you’d like to send of yourself or your p0ppy to this posting.
Posted by www.wristwatchredux.net at 12:57 PM No comments: Links to this post